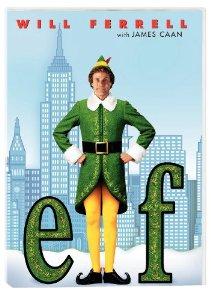 I’m a keynote speaker and consultant on customer service and marketing and, often, on where the two meet. (In other words, I don’t do movie reviews.)

But I know it’s been a while since Christmas, and this article will work best if I start with a quick cinematic recap: In the movie “Elf,” Will Ferrell plays Buddy, a Santa’s Helper now landed in Manhattan after a sheltered North Pole existence.

One day, Buddy spots a sign at a downscale NYC café claiming to be the home of the WORLD’S BEST CUP OF COFFEE.

“You did it!” he tells the startled restaurant workers. “Congratulations! World’s best cup of coffee! Great job, everybody! It’s great to be here.”

Ferrell returns later to the café to share his discovery with his love interest, played by Millennial-generation (born 1980) actress Zooey Deschanel.

She tastes the coffee, gives Ferrell a look, and tells him it tastes like a “crappy cup of coffee.”

Seattle’s Best Coffee (a brand now under the Starbucks umbrella) has a real-life issue similar to the NYC eatery in “Elf.” Is it really Seattle’s best coffee? Maybe it is, maybe it isn’t. We’ll never know, because by baldly claiming superiority in their name, they’ve done enough to put the more jaded native or wannabe native Seattleites off its brew.

To Be Great, Understate

Understatement is one of the secrets of branding, marketing, and advertising in our post-credulity, social media-saturated, millennial (Gen Y) -influenced world.

Understatement in itself isn’t enough to sell something.  But it allows room for the customers in your market to feel that they can discover your brand for themselves.

And this room for discovery, for co-creation, is where the magic happens.

Marketing, in other words, isn’t exactly dead. But it works interactionally with the customer experience. And excessive marketing claims can actually affect, negatively, the customer’s impression of that experience. In other words, buzz and respect for a brand online, in social media, and IRL (In the Real World) tend to follow what I call the Reverse Will Ferrell Principle.

Here’s an example from a recent hotel stay at a location in Florida that I will, out of mercy, leave undisclosed. On the one hand, the service at this hotel was pretty much fine.  And much of the food was highly edible. Yet I was peeved from the moment I got there.   Why?   The website’s copy that had enticed me to book the reservation in the first place.

• “and minutes from the beach” (it’s 35--thirty-five--minutes to the beach; I couldn’t afford the cab ride so I never went)

• “Located on a lush nature preserve” (the nature preserve had been closed three years earlier because venomous snakes bit too many joggers–a situation that sounds ripped from a novel by the great scribe of Floridian chaos and kitsch, Carl Hiassen)
•  ”Incredible landscaping” (the landscaping is apparently all in the above-mentioned nature preserve; other than that, there’s concrete and fencing and signs warning me not to feed the raccoons).

You can imagine the, uh, colorful hotel review I started writing in my head.  It would have been a notably different mental review  if I hadn’t been lured to the hotel by false marketing premises.    Over-promises are a heavy load for any brand, no matter how good, to carry.
___________

And perhaps my favorite, because it tells it like it is (sorry, I don’t have a photo):  A huge Miller Beer billboard I saw near an underpass in Chicago, with the copy “Ready For A Nice Macrobrew?”

There’s a lot more to marketing to skeptics, millennial or otherwise.  But that’s enough for today.  I’m going to settle down with a nice, virtual macrobrew.

Keynote speaker, author, customer service speaker and customer experience consultant Micah Solomon (that’s me) is pleased to bring you this blog: College of the Customer. If you’ve looking for information on speaking and consulting, as well as videos, articles, and other resources, go here.

Not sure how we can help?

or send me your email and I'll get right back to you
(within 10 minutes max if I'm not driving!)

(the REAL Micah, not some fakey-fake bot)